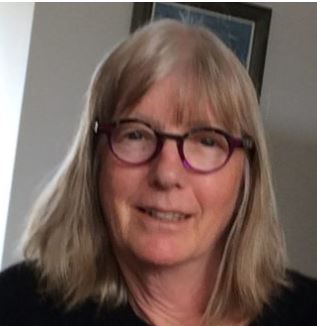 It’s a real pleasure to, to take on duties of the Presidency of this ancient and benevolent Society.

As a broadcaster at BBC Radio Bristol, and then the Editor, a large amount of my time was spent listening to stories from our audience. They told us about the acts of bravery, inventiveness and everyday living that made this great city of ours the extraordinary place it is today, and so I was delighted to join Anchor in helping to bring comfort and help to those people in their later years.

It’s been another very difficult year in the outside world, but behind the scenes Bill Marshall (Immediate Past President) , Richard Pendlebury (CEO) and Catherine Watts (Administrator) have worked thoughtfully, tirelessly and cheerfully on. We’ve been very privileged to have Bill’s property expertise, searching out the last remaining nooks and crannies to buy…. that were left for sale after he worked his Monopoly Magic for so many years at UWE. It’s great that he’s going to remain with us at the helm of the Anchor Society Limited.

Richard and Catherine have been particularly successful at forging partnerships this year. The joint project with St Monica’s has delivered many new boilers to people who were without the basics of hot water and heat. Who knows what the future brings…. It could be windmills and heat-pumps next.

I do know that next year we hope to be realising our vision of getting the generations to live together with all the benefits that brings to both sides as they share company and skills. We are in the first stages of planning an intergenerational complex in the centre of Bristol.

Exciting times and it is a privilege to serve as President.

Jenny was a radio presenter for the BBC and commercial radio for many years, winning the Variety Club’s Independent Radio Personality of the Year in 1982. She was the BBC’s Education Correspondent for the South West of England, and ended her career as the Managing Editor of BBC Radio Bristol. She is a fellow of the Radio Academy.
Jenny has served as a school governor and was the Chair of BBC Children in Need’s West of England committee.
Jenny is a keen open water swimmer, having completed many island to island crossings in the Mediterranean. Back at home her main interest is gardening.